According to our current cosmological models, dark matter is thought to account for 26.8% of the total matter in the observable universe. This is in stark contrast to ordinary matter, which makes up a mere 4.9% of the universe.

Dark matter hypothesis plays a central role in current modeling of cosmic structure formation, galaxy formation and not only, so to understand our universe we need to define and understand the existence of dark matter. 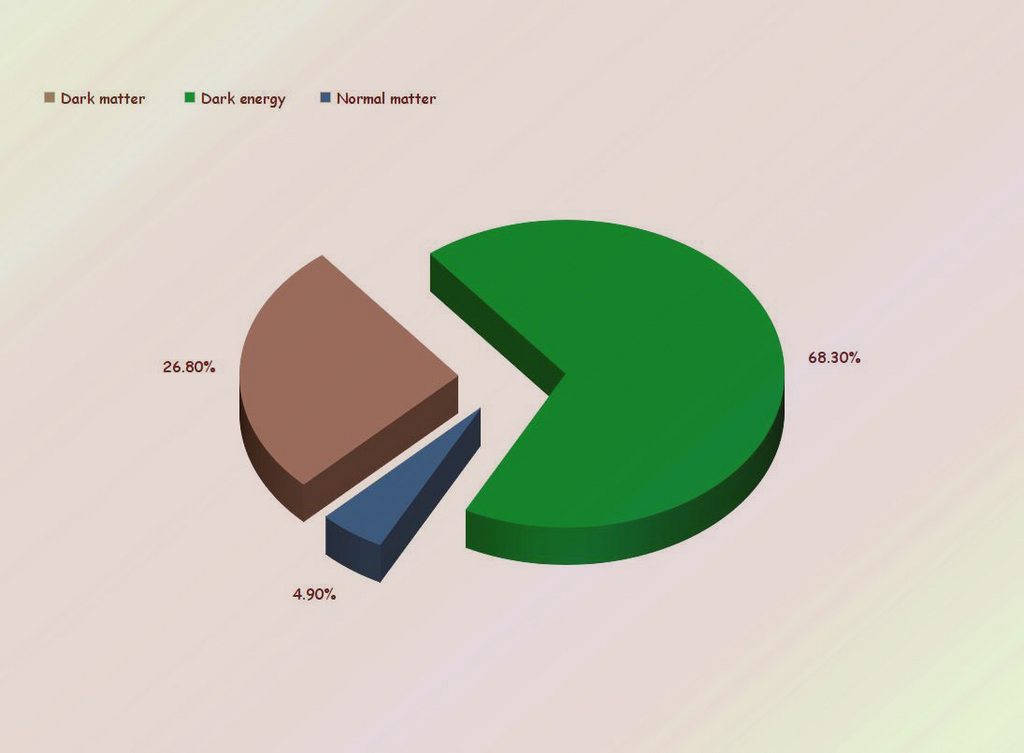 Although it has not been directly observed, we do have a few ideas about what this form of matter could be made of. Important candidate particles for dark matter are weakly interacting massive particles (WIMPS) and axions.

Many experimental searches to detect WIMPS and axion-like particles are currently under way or are being discussed for future implementation. A positive result would be a major breakthrough in our understanding of the matter contents of the universe.
Axions or sterile neutrinos First proposed in 1977, Axions are low-mass particles (mass considerably less than an electron) with no spin and no charge except that they interact weakly enough with light and other matter that they fulfill the “dark” part of dark matter.
The quest for axionsThe discovery of a Higgs boson at the LHC is an important step in the incredibly successful quest for discovering the constituents of the Standard Model of particle physics (SM). Yet, the SM is not a complete and fundamental theory since it does not explain the origin of axions and other exotic particles.

Today, a number of small-scale experiments at the intensity/precision frontier are actively searching for these elusive particles, complementing searches for physics beyond the Standard Model. But to date, We totally miss them. But we are 100% sure they exist, at least, the cosmological equations sustain it. interest in axionic dark matter is increasing. Our prediction are that in maximum 10 years we will find them!

An amazing statement As we zoom into the very core of any galactic center, we find a compact object, huge in size, something very massive lurks at the heart of most of the galaxies. Astronomers have collected enough evidence in the past years to prove the existence of suppermassive black holes there.

Most of these black holes are dormant, but a few are ‘active’ meaning that they are drawing material from their host galaxy inwards, creating the accretion disc. As matter fall inwards, the accretion disc heats up producing jets of twin, fast outflows that emerge in opposite directions from close to the disc.

These jets carry helical magnetic fields and could be huge in length extending across hundreds of thousands of light years toward. AGN are the most luminous persistent sources of electromagnetic radiation in the universe, outshine all the billions of stars in the galaxy itself.

In a new paper, astronomer Konstantinos Dimopoulos, from Lancaster University, investigate the effect of a helical magnetic field on an axionic condensate.

He finds that, if the magnetic field is strong enough, axionic dark matter is modified to lead to the violation of the weak and dominant energy conditions. If the central supermassive black hole of an active galaxy is laced with such matter, then in the presence of strong magnetic fields, it may become a wormhole…. Do you read it? WORMHOLES?

Related: Is the Wormhole in ‘Interstellar’ Possible?

It is known that stable and traversable wormholes require spacetime to be filled with so called exotic matter. However, in the presence of a strong magnetic field, it is possible to avoid such kind of exotic matter and still give rise to a wormhole as long as matter with a negative density is present.

In the new work, researcher shows that axionic dark matter can be transformed into negative density matter near the cores of the AGNs due to the helical magnetic fields of the jets.

Is it possible to render the supermassive black holes in the centres of active galaxies into stable (and possibly traversable) wormholes?

“matter tells spacetime how to curve”. Thus, the presence of negative density matter and strong magnetic fields may force the appearance of wormholes in the AGN centres.

If dark matter is axionic, one can imagine that an advanced civilization may generate artificially a helical magnetic field, with the appropriate characteristics to alter the nature of the local dark matter and maybe to give rise to a wormhole. This might become a way to realize interstellar travel.