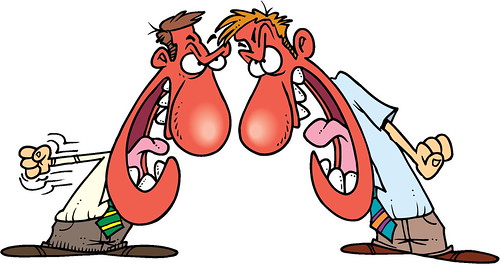 Reason: Religion Is Behind Many Conflicts, Large And Small

If religiosity is the key to the understanding of human nature and our place in the Universe (or wherever we are), then this is particularly troubling to the skeptic. Yes, “Why does God let bad things happen?” is a well-worn and simplistic argument, but the fact of the existence of numerous bloody religious conflicts throughout history—including those between differing sects of Christianity—combined with the aforementioned Biblical references to the many types of offenders that should be put to death, cannot simply be waved away.

Not only is killing for any reason obviously morally wrong, but there’s a direct conflict with the First Commandment, the Christian doctrine of turning the other cheek, and the simple truth that religion and politics—that other great cause of violent conflict—should not be mixed.

The very phrase “King James Bible” is suspicious to the skeptic, as it implies government involvement in the interpretation of religious doctrine, and even the founders of the US thought enough of the issue to include the tenet of separation of church and state within the establishing documents of the nation.

But the ability of faith to transform a political moderate into a radical cannot be overstated—and the ability of governments to use said faith to their own ends is easy to see, as it continues to this day.Many in the US think of religious radicals as those of other religions—alien religions with weird beliefs that make their followers do crazy things, but the truth is that there are radicals of practically every religious affiliation—and that there is no killer more determined than the one who believes with all their heart that God wants them to kill.