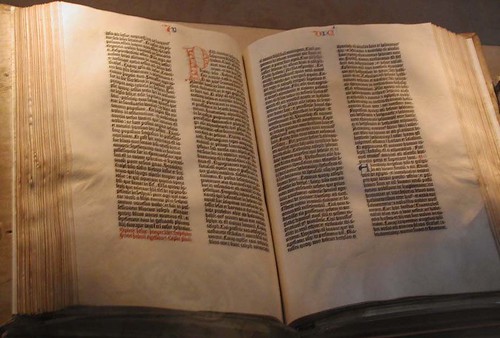 Reason: The Bible Doesn’t Work As A Historical Text

The above-referenced debate as to whether Jesus was actually a historical person (he almost certainly was) notwithstanding, there are myriad problems to be found when attempting to reconcile the Bible’s account of ancient history with the known historical record.

Again, these are inaccuracies which would not be expected from an omnipotent being, but would absolutely be expected from a 2,000 year old author with a limited historical and scientific frame of reference. Take, for example, the story of Noah and the Great Flood, a significant event that, even if it were not worldwide but localized to one region, would have made the historical records of many ancient civilizations.

Many Christian scholars believe that it was localized, not a global flood, which explains its absence from the ancient record.

The Bible itself says:“6 The LORD regretted that he had made mankind on the earth, and he felt highly offended.

7 So the LORD said, “I will wipe mankind, whom I have created, from the face of the earth-everything from mankind to animals, including creatures that move on the ground and birds of the air, for I regret that I have made them.” …

11 The earth was ruined in the sight of God; the earth was filled with violence.”This clearly did not happen—but it was also far from the first “Great Flood” story of the ancient world, another mythological element that has echoed across cultures for millennia.

And while it’s easy to argue for the validity of parables and metaphors as a means to understanding human nature and morality, the opposite case can also be made; that it has become unnecessary for us as a species. We have developed into civilized people that understand the concept of morality simply being good for our continued survival.