Regular readers of our site know that it is the purpose of Cosmosup to inform, entertain, and occasionally spark (ideally) healthy debate. We publish material from many different authors of widely varying backgrounds, and as such, are able to present articles on a huge variety of subjects containing myriad points of view. Since you read the title of the article, you may see where we’re going with this.

It is not our purpose to belittle the beliefs of others, nor to declare any one point of view on such a dense and divisive topic as religion to be the correct one. We assume that our readers are intelligent, well-informed, and capable of thinking for themselves, and that is the end of this disclaimer. 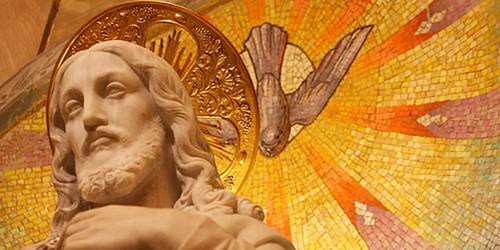 Reason: The Messiah Story Has Been Around For Thousands Of Years

It should be noted that the idea of a divine savior of the human race is practically as old as the human race itself, and has resurfaced continually, echoing throughout our culture for thousands of years. That it continues to be a theme of popular works today is no surprise, but there exists a bitter debate over whether many or most of the major elements of the story of Jesus Christ were co-opted from other sources—some that originated hundreds or even thousands of years before Jesus.

The general assertion by the skeptical is that all of these elements—the virgin birth, significance of the solstices, the miracles, disciples, baptism, crucifixion, resurrection—along with many even more specific elements like Heaven and Hell, the soul, holy communion and others, were all seen before in multiple ancient pagan religions.

Many Christians contend that these similarities are a distortion, or the result of ancient records being taken out of context or simply being inaccurate; atheists similarly will point out that practically all ancient records are of questionable accuracy to some degree, including those non-Christian references to the historicity of Jesus.

Modern scholars can only agree on two things about Jesus: that he was baptized, and that he was crucified on the order of Pontius Pilate. All of the other details are disputed by some group of scholars or another, and an examination of the ancient pagan religions predating Jesus—those surrounding Horus, Mithra, Dionysus, Krishna and many others—yields an astounding number of similarities that cannot be explained away as coincidence. These stories seem to be a part of ancient Mediterranean culture, which leads us to the fact that . . .