Why Is The Sky Blue?

Before understanding the explanation behind the sky being blue, knowing about the physical phenomenon called Rayleigh’s scattering is important.

This process occurs when the atmospheric particles are smaller in size than the wavelength of light which is being scattered through them. These particles may be individual atoms or molecules.

This law was derived by Lord Rayleigh in 1871, and according to it the amount of scattering varies inversely to the 4th power of the wavelength.

So, the shorter the wavelength, the more will be the scattering of the incident light. Rayleigh scattering is more prominent when light travels through gases; although it may also occur in solids and liquids. 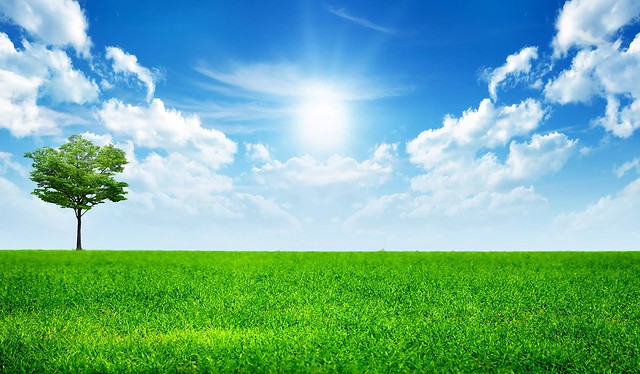 Reason Behind the Blue Hue of the Sky As aforementioned, according to Rayleigh’s law, the shorter the wavelength of the incident light, more will be the scattering. Now, the white light coming from the Sun has different colors. The visible light that we see, ranges from 400 to 700 nanometers (nm), and corresponds to a color range of violet through red.

This is due to Rayleigh scattering wherein, light with longer wavelengths (such as the red and yellow) pass through the atmosphere unaffected. On the other hand, much of the shorter wavelength lights (blue and violet) are absorbed by the gas molecules, and scattered in all directions.

This is the reason why everywhere you look, you actually see the scattered blue light, and therefore the sky looks blue. Due to this scattering of the blue light, you see it coming not directly from the Sun but from all over the sky. 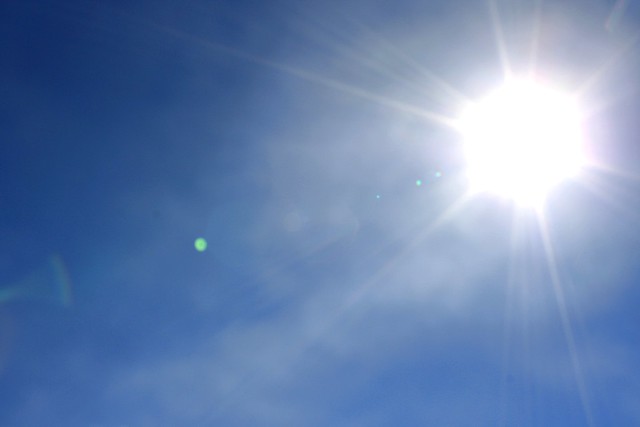 Now, if this is the case, then why is the sky not violet or indigo, as they are shorter wavelengths than that of blue (violet being the color with the shortest visible wavelength – 400nm)?

This answer can be obtained by understanding the physiology of the human eye. The human eye is known to absorb light better in the blue shade than in the violet or indigo shades. Technically, the sky should appear purple or violet, but since the eye is less sensitive to it, the sky appears blue. It is important to take note of the fact that if there had been no indigo or violet, the sky would have looked blue but with a slight green tinge.

To add, here’s why the sunset or sunrise appears red. When the Sun sets or rises, the distance between you and the sun is more, i.e., the light has to travel more through the atmosphere to reach your eyes.

The light hits the earth at an angle rather than directly dropping through the atmosphere (as it happens during the day). Due to the extra distance which the light has to travel, by the time it reaches the eyes, most of the blue light has been scattered out and away from the line of sight. This process leaves the red or orange light unhindered, and therefore it reaches our eyes in a direct line with little or no scattering.

This article is merely a simplified version of the concept that explains the sky being blue. Science is as vast as the space and if you are able to unveil it, you will simply be amused and amazed. What is required is a curious mind and the quench to find the answers.