If you believe what Hollywood tells us about alien life forms you’ll probably assume they’d be giant, slimy and really, really anti-human. As scientists don’t make a lot of movies, and movie producers aren’t typically awesome at science, this isn’t a very accurate portrayal of the interstellar life that’s at all likely to ever reach Earth.

Don’t get me wrong, it probably still won’t go well for us, but the faces of the creatures that would change our world forever will look very different to how we’ve imagined them. To set the record straight, great minds like Stephen Hawking and his contemporaries have given their opinions on what traits an alien race would have to possess in order to make it across the galaxy and pay a visit to the human homeworld. 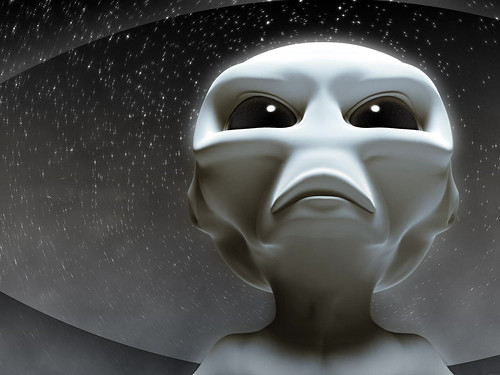 What separates humans from other species on the planet in terms of evolution comes down to a simple principle: aggression. For any species to thrive within a given habitat it has to confront adversity and overcome it. These struggles drive evolutionary adaptation.

The dominant life form on a planet (which aliens would almost certainly have to be) must have been able to master their environment. A paper published by the University of Missouri suggests this means they would be aggressive—they would populate and conquer their surroundings in order to progress. If they are more intelligent than we are, they will likely see us as a resource, the way we view farm animals and their habitats.