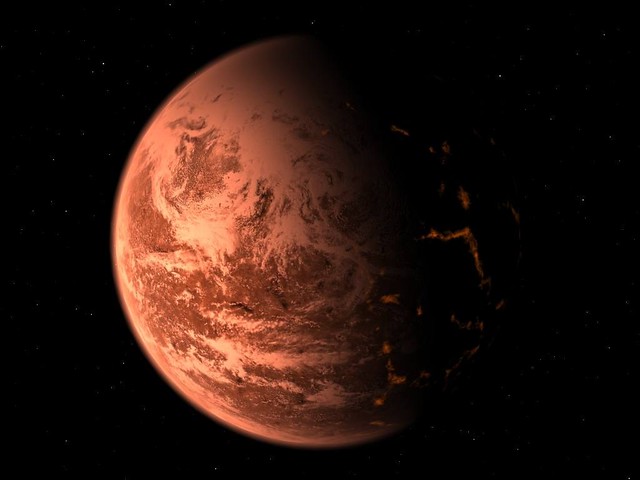 Alien beings would evolve to perfectly suit the mega-planet’s heavy gravity and rule the vast, open skies. They would have stronger gravity, but they’d also have a thicker, more dense atmosphere pulled down around the planet, so, flight would become easier on a super-earth because you’d be able to generate lift.

But like on Earth, not every part of the alien bird has evolved just for better flight.

So, with soaring animals darting between the clouds, you would expect them to have things like fronds streaming behind them, which hamper their aerodynamics but advertise their fitness as a mate. 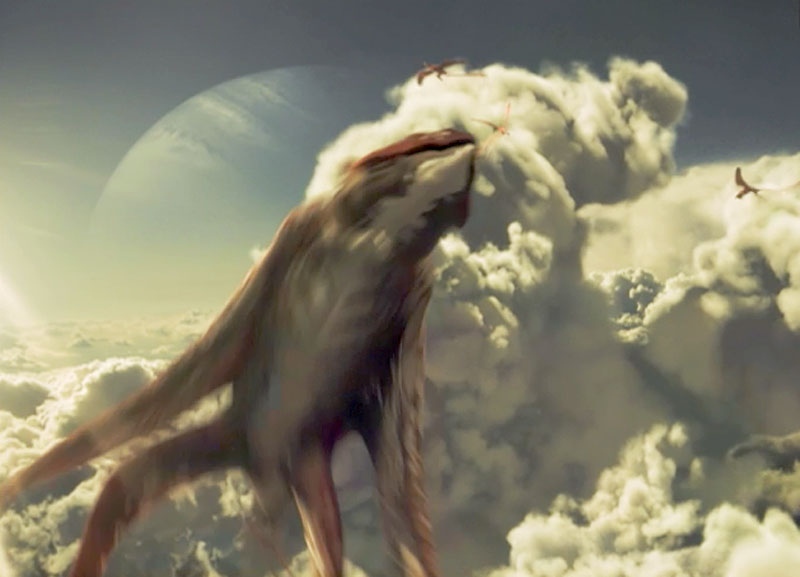 An artist’s concept of what birds or other flying creatures could look like in an alien world.