Today, we want to share news about what space scientists want to discover in the future! Last week, NASA announced the 5 finalists for what may eventually be their next missions into space. The projects are all part of NASA’s Discovery program, which aims to launch low-cost, high-impact missions every few years.

The five mission teams that have been chosen are each getting 3 million dollars to develop their ideas, and in September 2016, NASA will choose one, or maybe two, to launch sometime before 2021. Two of the proposals involve a trip to Venus, while the other three have to do with asteroids — including one that’s made of … metal !.

The selected investigations have the potential to reveal much about the formation of our solar system and its dynamic processes,

Dynamic and exciting missions like these hold promise to unravel the mysteries of our solar system and inspire future generations of explorers,

It’s an incredible time for science, and NASA is leading the way.

NASA hasn’t been to Venus since the Magellan probe stopped by in 1994, and we have a lot left to learn about our next-door neighbor. So the VERITAS (Venus Emissivity, Radio Science, InSAR, Topography, and Spectroscopy) probe would spend three Venus-years in orbit there — or a little less than two Earth years — mapping the planet using radar. A camera wouldn’t really work since Venus is covered in thick clouds. The new map would be much more detailed than the one Magellan made, and would hopefully tell us whether Venus has active volcanoes, which scientists have been debating for a while.

The other Venus mission, called DAVINCI (Deep Atmosphere Venus Investigation of Noble gases, Chemistry, and Imaging), would get an even closer view of the planet, dropping a metal, sensor-filled ball through its atmosphere. The ball would have 63 minutes before it hit the ground, and it would use that time to take measurements and send them back to Earth. We’d also get the first pictures of Venus’ surface since the 1970s!

Researchers specifically want to check out weird ridges on the planet’s surface known as tesserae, which seem to have formed from the very oldest pieces of the planet’s crust. 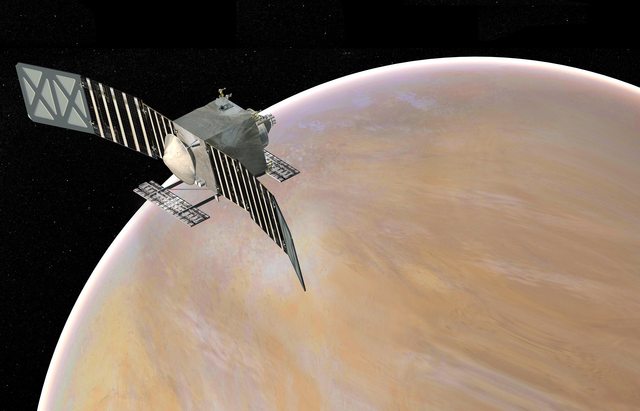 Artistic illustration of the VERITAS probe, a proposed mission that would launch by the end of 2021.©NASA/JPL-Caltech.Click to zoom

The asteroid missions, meanwhile, are a little more varied. One of them, called Psyche, is a probe that would visit an unusual asteroid called… Psyche.

Most asteroids are made of rock, and some have metal in them, too — metal that companies plan to mine someday. But based on its density, and how reflective it is, Psyche is almost entirely metal, and probably also … magnetic. It’s possible that this thing might be the core of an asteroid that lost most of its rock in a collision with something else — but we probably won’t know for sure until we get there. It’s nothing like anything we’ve explored before, so this mission has a lot of potential to serve up some awesome science. 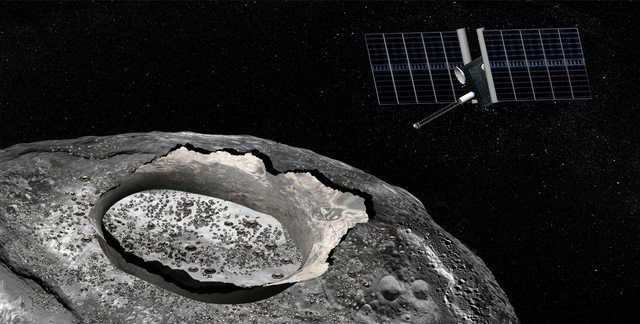 Artistic illustration of the Psyche probe, a proposed mission that would launch by the end of 2021 to explore an object thought to be a stripped planetary core.©NASA/JPL-Caltech.Click to zoom

But another asteroid probe, Lucy, would visit four different asteroids — one from the asteroid belt between Mars and Jupiter, and three of the so-called Trojan asteroids, which hang out in Jupiter’s orbit. Scientists think that the Trojan asteroids originally came from the Kuiper belt, the band of space beyond Neptune where there are lots of icy objects that are probably left over from the formation of the solar system. So studying them would be a good way to learn more about how our solar system developed, without having to go all the way out to Kuiper Country.

This stuff has been in the deep freeze,

You can see from the surface a record of solar system history, building blocks of planets and precursors to life.

Finally, the fifth mission, NEOCam (Near Earth Object Camera), would do a lot without having to go too far. 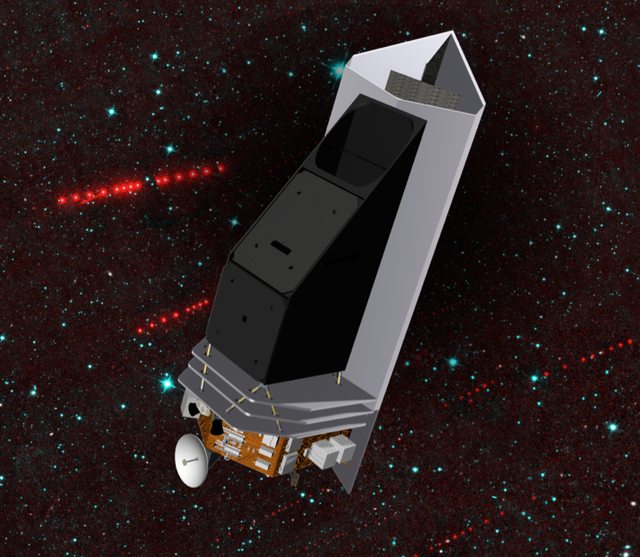 Artistic illustration of the NEOCam spacecraft, a proposed mission that would launch by the end of 2021 to conduct an extensive survey for potentially hazardous asteroids.©NASA/JPL-Caltech.Click to zoom

Asteroids hitting Earth have caused major extinctions in the past, so it’s not really surprising that people are worried about another one — including the US government, which has told NASA that by 2020, it has to find 90 percent of all near-Earth objects that are more than 140 meters across.

But searching for these objects is hard to do from Earth, where the brightness of the Sun blocks out a lot of them. So the NEOCam mission would plant a space telescope in Earth’s L1 point, the spot between the Sun and Earth where their gravitational pulls balance out.

From there, it would be able to detect around a million more asteroids — including almost all of the ones that could threaten Earth, and also some that are less than 140 meters across. It would also study those asteroids to help figure out how they formed — and hopefully find new, interesting targets for future space missions.

It’s very frustrating to me that we can’t just do all five of these things. None of them are particularly expensive, but we have to pick. So out of all these possible missions, which one do you want NASA to pick? A return to Venus? A trip to a weird magnetic metal asteroid? Or a telescope for finding space-rocks that want to punch Earth in the face? Let us know in the comments.