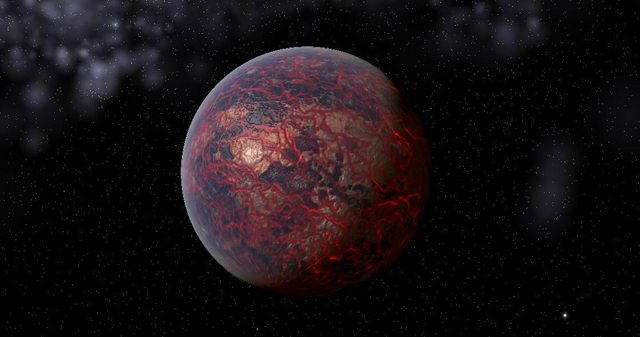 The name Alpha Centauri should ring a bell, as it’s the closet star to our sun at a meager 4.2 light-years away. Similar in size to the Sun, this distant star has at least one planet orbiting it and possibly several others.

Set at 0.04 astronomical units (AU) from its parent star (in other words, 25 times closer than we are to ours), its surface temperature is around 1,200 degrees Celsius (2,200 °F), almost three times hotter than the surface of Venus, which is the hottest surface temperature in our solar system.

Temperatures this high would lead to molten rock entirely covering the planet’s surface, meaning life, as we know it at least, would be utterly impossible on this distant world. Alpha Centauri Bb still remains a theory, albeit quite a likely one, and astronomers still debate the planet’s existence. Either way, the fact that there could be a molten fiery Hell planet in our nearby universe is attractive.