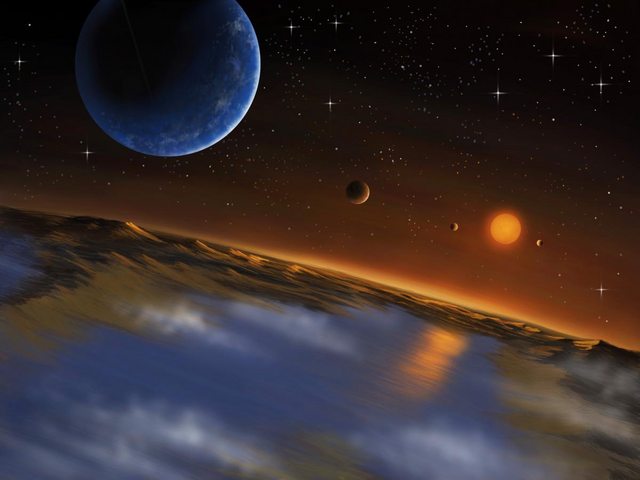 The eloquently-named Kepler 62e orbits a red dwarf star unsurprisingly called Kepler-62, which has at least five planets caught in its orbit.

Two of these, Kepler-62e and 62f, are in the all-important habitable zone. (Note that astronomers start naming exoplanets with the letter “b,” so there is no Kepler-62a.)

Kepler-62f is slightly further from its parent star, and chances are this planet is completely frozen over. Kepler-62e, on the other hand, might be just the ticket.

Even though Kepler-62e’s orbit is at a distance on par with that of Mercury’s, because its parent star is much cooler than our sun, Kepler-62e still sits comfortably in the habitable zone.

The ocean has only been theorized through various models, but the chance of a global ocean existing on this distant world is quite high. However, until we get closer to Kepler-62e, we will never know for sure if it is indeed a wet, wet world in a solar system far, far away.