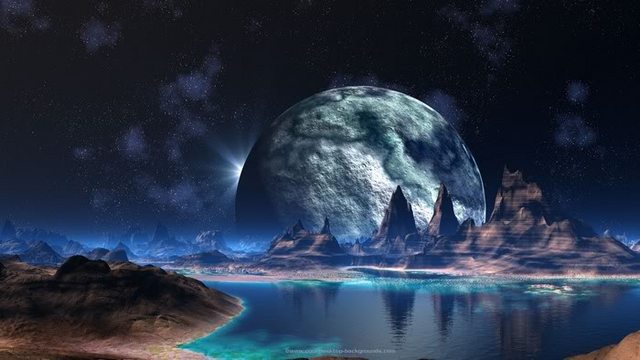 In 2015, the New Horizons probe will conclude its 3,000-day mission to the very edge of our solar system, entering the orbit of the icy ex-planet Pluto. Through low-resolution images, inferred data from orbits, and emission spectra, scientists can only speculate what lies on the surface of Pluto.

They can, however, make plenty of educated guesses, one of which is the existence of an underwater ocean. With a surface temperature of –230 degrees Celsius (–382 °F), the very thought of liquid existing on this barren orb seems completely baffling until you take into account what actually makes up Pluto’s rocky core.

Like many other planets in our solar system, radioactive elements lie beneath Pluto’s surface, specifically uranium, potassium-40, and thorium.

When these elements undergo radioactive decay, they release enough heat to keep water in its liquid state. So while the surface of Pluto may be well below freezing, there could be an underground nuclear ocean. Only when the New Horizons probe reaches Pluto will this likely scenario be confirmed or disproven.