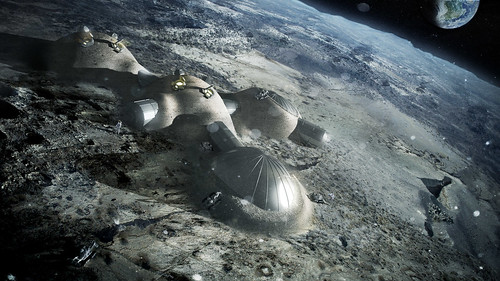 The NASA bosses had warned the astronauts that, since practically the whole world would be listening in, they should not engage in any overtly religious observations during their trips to the Moon. Seeing as how they were supposed to be representing all of humanity, why risk offending people of other faiths? However, Buzz Aldrin felt the occasion was too important to let it slip by without doing something of significance.

So after the landing was complete and they were waiting to take those historic first steps, Aldrin got on the radio and asked everyone who was listening to find a way to reflect on this moment in history and to give thanks however they saw fit. For him, that meant producing a wafer of unleavened bread and a small flask of wine that he had stowed on board. After reciting a passage from the Gospel of John, he ate the wafer and drank the wine, becoming the first, and so far only, person to observe the Christian ritual of Communion on the Moon. Neil Armstrong reportedly watched his partner respectfully, but did not partake.