This list will focus on any volcano made lake; Volcano lakes can occur in a few different ways: The first would simply be a crater filled with water.

Another way that these lakes can form is that when a volcano erupts, such large amounts of magma are released that the emptied magma chamber beneath it collapses under the weight of the earth, thus forming a large indentation called a caldera, which eventually fills with water.

All these lakes have an explosive past, a beautiful and majestic present, and a potentially devastating future. They each hold their own story. 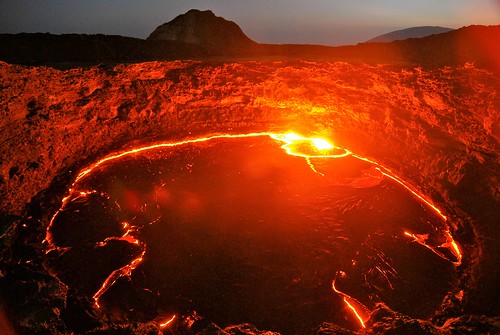 Even though these are not lakes, in the general sense, they are still of volcanic origin, and very interesting, so I decided to add it. Lava lake is a rare occurrence, which can happen in three ways.