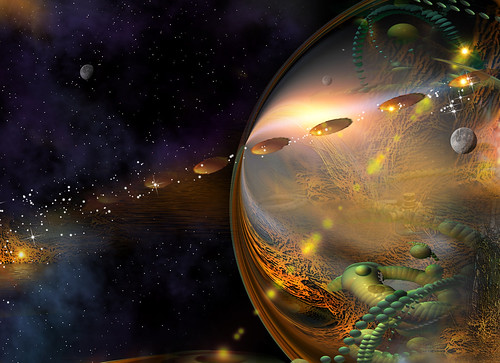 Theoretical physicists speculate that our universe may not be the only one of its kind.

The idea is that our universe exists within a bubble, and multiple alternative universes are contained within their own distinct bubbles.

In these other universes, the physical constants—and even the laws of physics—may differ drastically.

Despite the theory’s resemblance to science fiction, astronomers are now looking for physical evidence: Disc-shaped patterns in the cosmic background radiation left over from the Big Bang, which could indicate collisions with other universes.