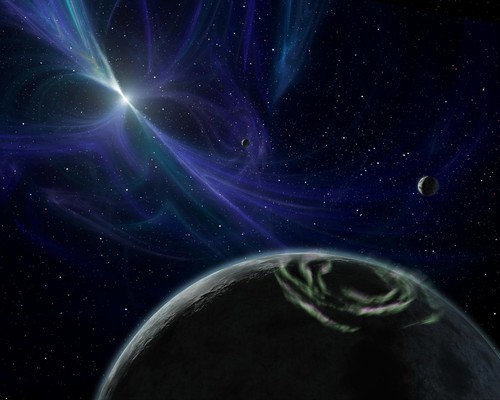 We now believe the universe started with the Big Bang. But how will it end? Based on a number of factors, theorists conclude that the fate of the universe could take one of several wildly different forms. If the amount of dark energy is not enough to resist the compressing force of gravity, the entire universe could collapse into a singular point—a mirror image of the Big Bang, known as the Big Crunch.

Recent findings, though, indicate a Big Crunch is less likely than a Big Chill, in which dark energy forces the universe into a slow, gradual expansion and all that remains are burned-out stars and dead planets, hovering at temperatures barely above absolute zero.

If enough dark energy is present to overwhelm all other forces, a Big Rip scenario could occur, in which all galaxies, stars and even atoms are torn apart.