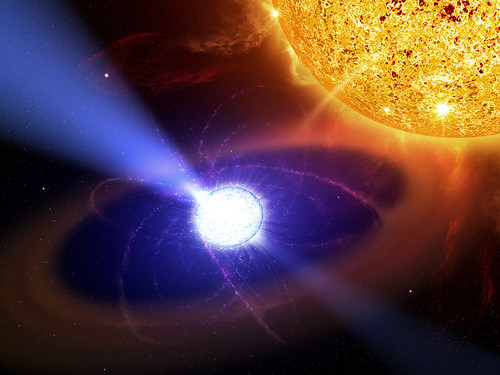 Pulsars are distant, rapidly spinning neutron stars that emit a beam of electromagnetic radiation at regular intervals, like a rotating lighthouse beam sweeping over a shoreline.

Although the first one was discovered in 1967, scientists have for decades struggled to understand what causes these stars to pulse—and, for that matter, what causes pulsars to occasionally stop pulsing.

In 2008, though, when one pulsar suddenly shut off for 580 days, scientists’ observations allowed them to determine that the “on” and “off” periods are somehow related to magnetic currents slowing down the stars’ spin. Astronomers are still at work trying to understand why these magnetic currents fluctuate in the first place.