The universe has been around for roughly 13.7 billion years, but it still holds many mysteries that continue to perplex astronomers to this day. The journal Science summarized some of the most bewildering questions being asked by leading astronomers today. In no particular order, here are 5 of the most enduring mysteries in astronomy. 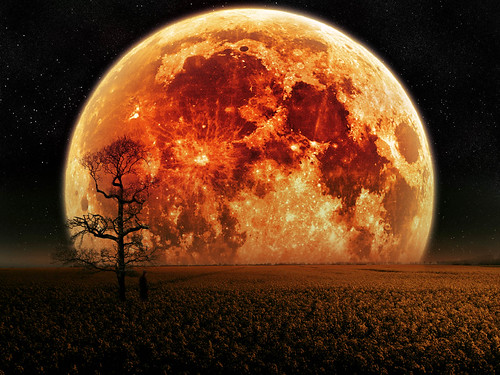 One of the moon’s greatest mysteries—why only some parts of the crust seem to have a magnetic field—has intrigued astronomers for decades, even inspiring the buried mythical “monolith” in the novel and film 2001: A Space Odyssey.

But some scientists finally think they may have an explanation. After using a computer model to analyze the moon’s crust, researchers believe the magnetism may be a relic of a 120-mile-wide asteroid that collided with the moon’s southern pole about 4.5 billion years ago, scattering magnetic material.

Others, though, believe the magnetic field may be related to other smaller, more recent impacts.