Everybody has a different definition for the word “home.” For some, it’s the house they live in. For those with a more UNESCO-themed mindset, home is the planet Earth, our globally shared clump of rock hurtling through the dark reaches of space.

But like an earthworm in a soccer field, we really live in something much larger than any of those, something so vast it’s impossible to comprehend in any meaningful sense. And we’re not even talking about anything as grandiose as the universe—we just mean the Milky Way, our own little puff of dust amid the infinite sandstorm of known reality. Our galactic home. 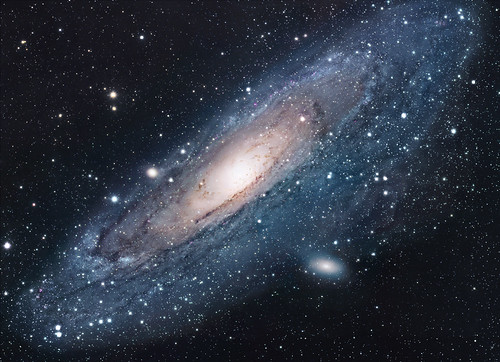 Spirals like the Milky Way have arms that stretch out from the center like wheel spokes and curl back around the hub. Our solar system is perched in the center of one of those spokes—the Orion Arm.

The Orion Arm was once considered a “spur,” a minor protrusion compared to major arms like the Perseus Arm and the Carina-Sagittarius Arm. However, it’s recently been suggested that the Orion is actually a branch of the Perseus Arm and doesn’t originate in the center of the galaxy at all.

The problem is, it’s hard to really get a clear picture of our galaxy. It’s the same reason you can’t see California from Beverly Hills—you’re too immersed for perspective. We can only see the things that immediately surround us, and judge the general shape—and our position within that shape—based on our limited viewpoint. As it is, our speck on the Orion Arm is some 550 parsecs from either edge of the arm and about 8,000 parsecs from the center of the galaxy. One parsec is roughly 30.9 trillion kilometers (19.2 trillion mi)—we’re as isolated as can be.