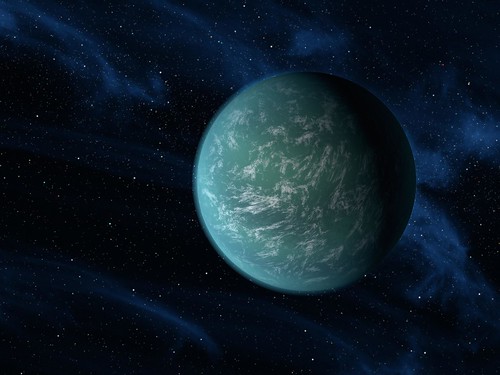 Kepler-22b was spotted by NASA’s planet-hunting Kepler space telescope, which has detected more than 2,300 potential exoplanets since its March 2009 launch. Only a small number have been confirmed so far, but the vast majority should end up being the real deal, researchers have said.

Kepler-22b’s star is located about 600 light-years away in the Cygnus constellation. The planet has a year of 290 days and is about 2.4 times the size of Earth. Astronomers predict that this world is almost entirely covered in water with a rocky core. The possibility of habitability all depends on the level of greenhouse gasses, which could make the planet more like Venus than Earth. More information about the planet: https://goo.gl/sbbxgg