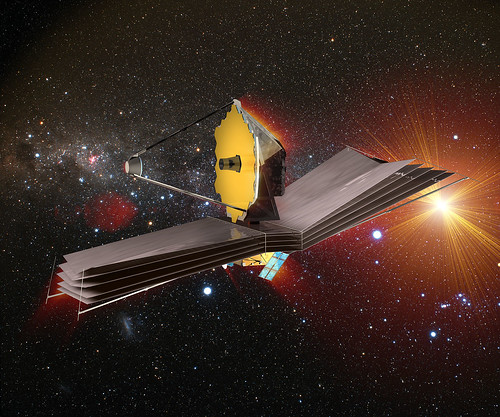 The long-awaited—and long-delayed—James Webb Space Telescope (JWST) was supposed to launch this year.

Since blowing past its initial budget and launch data, NASA promises the ambitious project is on-track for 2018. And it better, because astronomers are eagerly awaiting its data.

As with Hubble and Spitzer, JWST’s main strength comes from being in space. But it’s also three times the size of Hubble, letting it carry a 6.5-meter primary mirror that unfolds to reach full size

The James Webb Space Telescope will pierce this veil of mystery and reveal the story of the formation of the first stars and galaxies in the Universe.