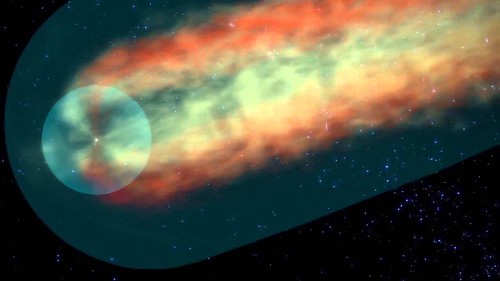 Time ago, NASA revealed that one of its missions had successfully mapped the tail of our solar system, discovering it looked similar to a four-leaf clover.The tail, dubbed the heliotail, is comprised of neutral particles that can’t be seen through traditional means.
As such, specialized instruments were needed to properly image the particles before scientists subsequently pieced the separate images together to produce a coherent picture.
This picture revealed that the heliotail extended more than 13 billion kilometers (8 billion miles) beyond the outermost planets, with fierce winds causing the material to stream in every direction—traveling at more than 1.6 million kph (1 million mph).