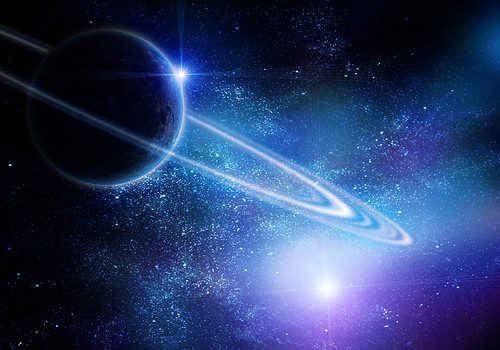 Other than the mystery surrounding their eccentric orbits, the planets also have magnetic poles that are misaligned by as much as 60 degrees from their geological poles.
One explanation for this is that the planets once collided with—or consumed—an unknown planet, but another theory (one that is more logical) suggests something much cooler.
Based on the information about their strange inclinations and their large concentration of carbon, astronomers believe that Neptune and Uranus are home to enormous oceans of liquid carbon, with solid diamond icebergs floating on top. Tiny diamond bits could also fall on these planets like rain.