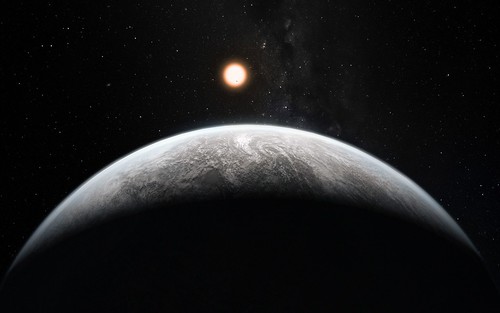 Astronomers have long seen a discrepancy in the orbits of the outermost gas giants, particularly since they seemingly contradict most of our models that depict the early years after our solar system’s formation. The idea is that, at one point, our solar system was home to a rather large planet—containing the mass of more than a dozen Earths.
The planet in question—sometimes called Tycho—was likely flung out of our solar system and into interstellar space billions of years ago, where it will roam the celestial ether until the end of time.
This theoretical planet would have been located billions of miles beyond Pluto in a region that receives little illumination from the Sun. Its orbit would also have been highly elliptical, taking millions of years to complete one full orbit around the Sun. Taken together, these factors could partially explain why such a planet has never been detected.