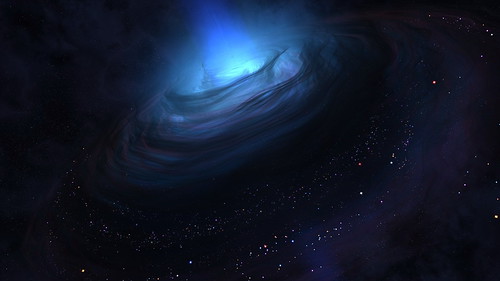 One of these newly surveyed monsters, which weighs as much as 21 billion Suns, is in an egg-shaped swirl of stars known as NGC 4889, the brightest galaxy in a sprawling cloud of thousands of galaxies about 336 million light-years away in the Coma constellation. This black hole is so big, our entire solar system would fit in about a dozen times.