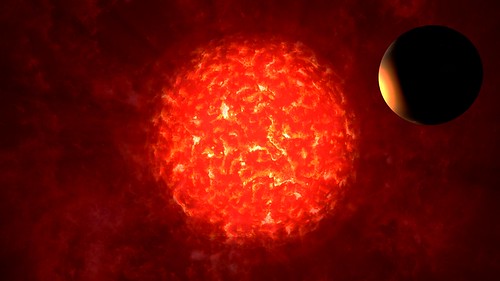 VY Canis Majoris (VY CMa) is the largest known star and also one of the most luminous. It is a red hyper giant in the constellation Canis Major.

Some astronomers disagree, and think that VY Canis Majoris might be smaller; merely 600 times the size of the Sun, extending past the orbit of Mars