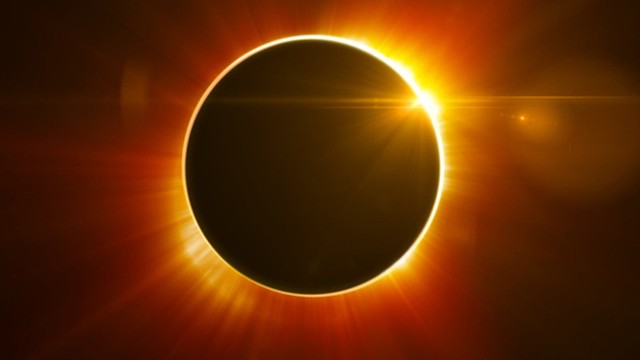 One of the earliest things anyone ever noticed about the heavens was that they followed a pattern. If they had got around to inventing clockwork they probably would’ve used it as a clichéd analogy. The ability to predict where the planets would be came long before anyone had any notion of what they were.

Perhaps the most impressive heavenly spectacles we are able to predict are solar eclipses. NASA lists them all the way past the year 3000.

The first ever prediction of a solar eclipse is attributed to Thales of Milete in B.C. 585.

The Greek historian Herodotus records that the eclipse Thales predicted coincided with a battle between two empires in what is now Turkey.

The eclipse caused the soldiers to lay down their weapons, and a peace treaty was signed shortly afterwards, ending 15 years of war. Unfortunately, astronomical events are no longer able to end international conflicts.