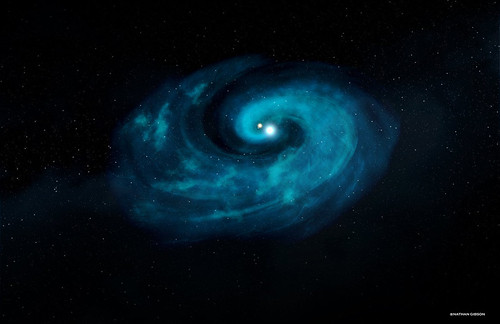 Located 400 light years from earth in the constellation Lupus, SAO 206462 gained the attention of astronomers in 2011. What surprised them was not the star itself, but what surrounded it: it seemed to have spiral arms rotating around it.

Now spirals are no strangers to space, being one of the common formations for galaxies; but scientists have never observed one rotating a star before. The cause? It’s still a mystery – although a widely accepted theory is that gravity from planets, forming in the dust which orbits the star, are responsible for the features.

However, there is not enough evidence to support this theory – until planets are actually detected, it is likely to remain a mystery.