I typically do lists on unexplained mysteries which have little scientific proof of existence, such as hauntings. While these tales are a fun read and may even send a shiver or two up your spine, to me the greatest unexplained mysteries of all are about things that we actually know to exist – and which defy everything we know to be possible.

I am a scientist by trade, so it’s absolutely fascinating to me when I run into something that we can’t comprehend, despite the vast amounts of knowledge available to us today. Outer space houses the majority of these real mysteries: What is dark matter, and dark energy? Is there life on other planets? This list will look at 5 scientific mysteries contained within the night sky. Enjoy!

5
The Impossibility
The Star That Shouldn’t Exist 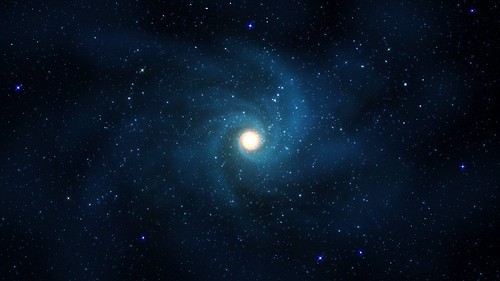 The star in question is called SDSS J102915 +172927. For the record, I much prefer simply-named stars as opposed to ones named like this one. The odd names do serve a purpose though, as they are typically coordinates for where the star can be found in the sky.In 2011, a team of European astronomers discovered this star in the constellation Leo. It is a small star – only about 80% the size of our sun – and is believed to be around 13 billion years old. Since the universe as we know it is itself thought to be around 13.7 billion years old, this is considered one of the oldest surviving stars. Nothing is particularly unusual about this star … except that according all of our theories, it shouldn’t even exist. The star is made up of 99.99993% hydrogen and helium, elements that are too light to condense and form a star on their own. When these figures are put into any star formation super computer simulation, the result always comes back that such a star is not possible. Astronomers are puzzled as to how such a star could have formed without the aid of heavier elements – research is ongoing.