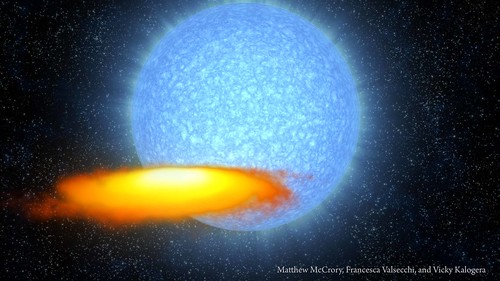 In this case, “massive” doesn’t mean “big.” No, we’re focusing on pure heaviness and mass, and the current grand champion is R136a1. This brickhouse of a blue giant is 265 times heavier than the Sun, a feat once thought to be a physical impossibility.

Even freakier is how scientists believe this star has actually lost weight over time; when it formed several million years ago, it might have weighed 320 times as much the Sun. And if that’s not enough, it also dwarfs the Sun in size, measuring roughly 35 times wider than poor old Sol.

Something this stupidly large and heavy can’t last long, as is evidenced by the rapid weight loss. Scientists expect R136a1 to explode in just a few million years. On the plus side, it’s over 170,000 light-years away, so we won’t be affected by it.