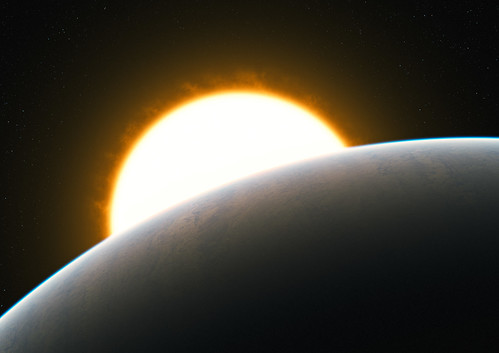 One of the first things you think about stars, aside from “they’re hot” is “they’re big.” Our Sun can fit about 1.3 million Earths in it, and it’s still one of the smaller stars out there. But compared to OGLE TR-122b, it’s a total gargantuan.

OGLE is a brown dwarf, which means it never gained enough size, heat, or nuclear energy to be an effective star on its own. It can thank its lucky stars (its lucky self?) that it has another, far larger star in its system to orbit.

But even the weakest of brown dwarfs are usually quite large—not this guy. OGLE is only 16–18 percent larger than Jupiter, making it the smallest star scientists have ever seen and smaller than many known planets in other solar systems and galaxies.

Yet it remains a full-fledged, living star, somehow shining just as brightly as any other star out there. However, being so small and so weak, it likely wouldn’t have survived without big brother to back it up.