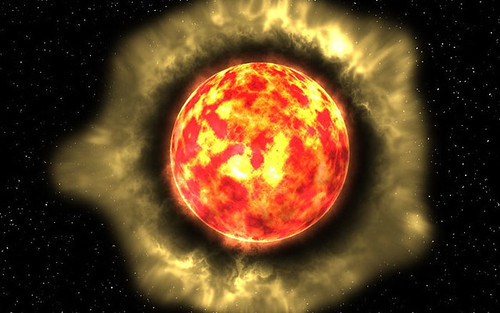 Our Sun, like most stars, is a tad hot. It isn’t until they begin to die that stars cool to a level only slightly less tolerable than swimming in molten lava. Once that happens though, these stars become virtually invisible, especially to the naked eye. Someone forgot to tell that to La Superba though, a dying red giant about 710 light-years away.

At around 2,400 °C (4,400 °F), La Superba is practically frigid as far as stars are concerned. And yet it shines with a brightness that makes our Sun look like a mere nightlight, with over 4,400 times more luminosity (mostly attributed to massive amounts of infrared radiation). This radiation helps give La Superba an incredibly bright red appearance, which allows it to be seen with the naked eye.