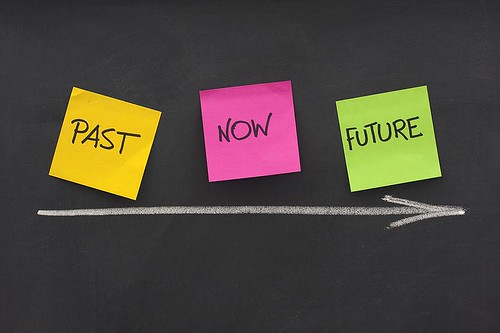 At first sight this statement might look like nothing more than an observation about the bleeding obvious were it not for the fact that it hides a deep truth about the structure of the universe.

None of us can predict the future, but Chaos Theory implies that we never will be able to either. For centuries astronomers tried to compare the solar system to an enormous mechanism revolving around the sun – something like a gigantic clock.

Unhappily for them all they found out was that their equations never actually mirrored how real planets would travel across space.

The theoretical difficulty was summed up by the work of French mathematician Henri Poincaré around 1900. He demonstrated that while astronomers can easily predict how any two celestial bodies will travel around their common centre of gravity, by introducing a third gravitating body (such as another planet or the Sun) you prevent a definitive analytical solution to the equations of motion. This makes the long-term evolution of the system impossible, in principle, to predict.

Many suppose that the practical difficulty in predicting the trajectory of the system is a lack of computing power and that one day even this will be overcome. The problem with this approach is that Heisenberg’s Uncertainty Principle rears its ugly head time and again, because the level of sensitivity to the system’s initial conditions involved could actually be relevant right down to a quantum level. We can be sure enough about big events on a grand scale to get us by at a practical level. This has to be so, otherwise no lunar mission would ever hit the moon every time with certainty. But if we want to get really detailed about many things interacting with each other in a system, then the universe may have a found a way to prevent us ever finding out how things will really turn out.

In short, the universe tells us what some philosophers have always guessed – that there is absolutely nothing one can be sure of save the existence of one’s own mind. And at that point I think I had better shut up before someone points out to me the problems with Solipsism.