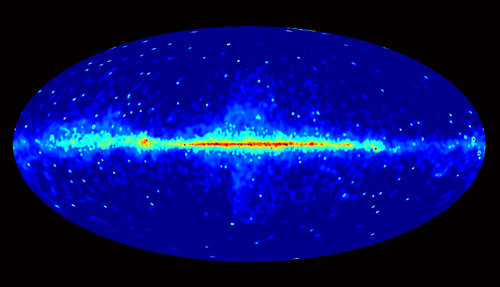 Another simplification of explanations about atoms concerns the ‘billiard ball’ analogy. In this description we are invited to think of all the atoms in the universe like a collection of billiard balls bouncing around against each other. It’s not a bad description, but it does rather ignore the effects of gravity. Gravity is rather more powerful than many suspect.

Take, for example, the World Snooker Championship, which is played out every year at The Crucible Theatre, Sheffield, England. When the champion-elect gets to the final ball upon which the tournament rests, does he stop to consider the fact that every person’s gravitational field in the auditorium is going to affect his shot? No, he does not and neither should he, because the effect of the gravity involved is so very small when just two balls strike each other on the snooker table.

On the other hand if his shot involved a canon, or collision, with up to 50 balls in sequence then he had better alter his style of play, because under those circumstances everyone’s gravity would have a very real effect. Why? It can be shown that the gravitational attraction of a single electron, at the edge of the known universe, (10 billion light years away), is sufficient to deflect an oxygen molecule in the air on earth by enough to miss a predicted destination molecule within about 50 collisions. And it all takes place within around one hundred millionth of a second!

Before you object that this could never be shown to be true this has actually happened in an experiment, although it was across a laboratory rather than an entire universe. It does sort of lend weight to recent theories involving chaos where sensitive dependence upon the initial conditions of the state of a system are highly relevant to its eventual position after a period of time. Mind you, astrologers could equally argue that it gives credence to the stars having a genuine effect upon our lives down here too, I suppose!