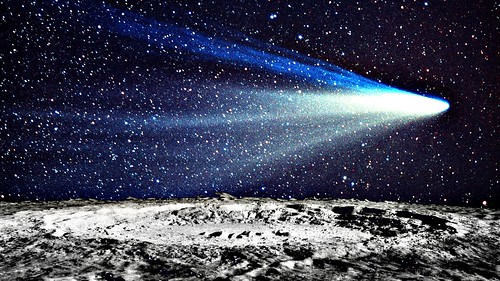 “Nothing travels faster than light.” That’s something we hear bandied about quite a lot. Another is, “Light is a constant. We can measure everything alongside it.” Sometimes we hear that light can have its direction of travel altered, e.g. when it passes close to a star. The truth is that light can end up going quite slowly and it is not quite the constant many believe it is.

Am I just a pedant merely quibbling with tiny amounts of speed? It seems not, because when travelling through water photons will slow down to about three-quarters of their maximum pace. That’s a full 100,000 km per second. You can go a long way in one second if you’re a photon of light, so I don’t call that a quibble.

It gets weirder when we start observing light in specific spaces. Particles in some places acting alongside light photons actually go faster than light itself. Does this mean they’re travelling into the future, I wonder?

I wouldn’t like to get into that question, but in a nuclear reactor that is precisely what happens. In a reactor some particles are forced up to extremely high speeds indeed. If they happen to be passed through an insulating medium that slows light down at the same time they end up going quicker than the light around them. When that happens you get an effect called Cherenkov radiation, which manifests itself as a blue glow. Reactors glow in the dark, not because they are getting overheated, but because light is being overtaken.

Scientists have even slowed light down to a standstill and the slowest it has been recorded travelling was 38 miles per hour, (17 m per second).