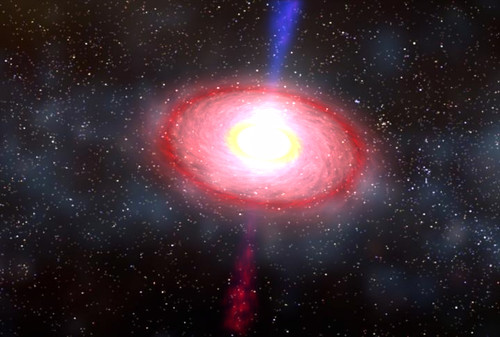 We could be the child of a black hole. The idea is, when matter gets pulled into a black hole, it becomes so dense before reaching singularity, that the black hole might spit it back out and form a universe from that very same matter.

In other words, a universe with many black holes would have created many baby universes. We still can’t detect exactly where black holes are located in our universe (though we can estimate their location by recording the movement of stars and planets around them) but that might just be because we’re a baby universe, a product of another universe’s black hole with insufficient means. This idea supports the possibility of the multiverse where there could be an infinite amount of universes.