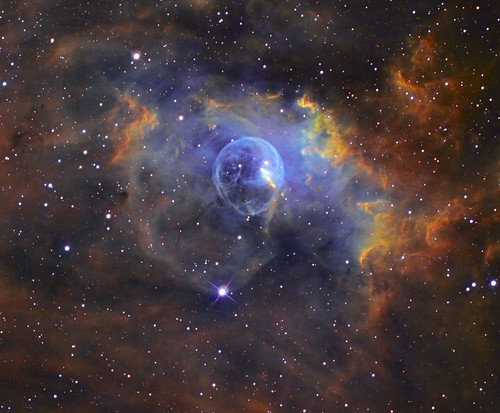 On the subject of the unreal, there’s another theory that suggests we’re not in an elaborate computer program but that much of what we think is the universe is nothing more than a hologram made by the universe itself. The idea is when we look at the night sky, we’re seeing a wall with an image on it (that includes all the galaxies and stars). This holographic principle might explain why the universe appears grainy on the most basic of energy scales. Remember that a holographic image is created when an object is bathed by the light of a laser and a second laser jumps off the first’s reflective surface (which is then recorded). A third light illuminates the image to reveal the holograph. If changes to gravity waves is caused by patterns of light, than it would simulate what is, essentially, the process of creating a holographic image. If this was proven, then it would change most of what we think we know about the universe.