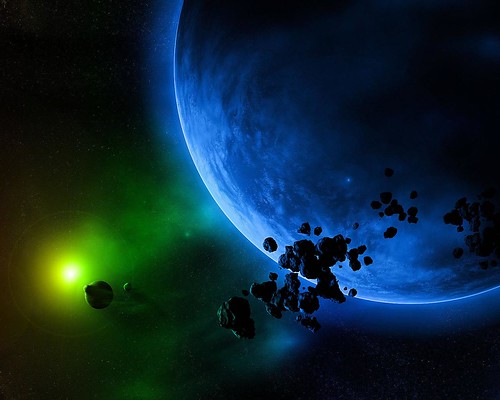 When Sir William Herschel discovered Uranus in 1781, he was given the honor of naming it. He chose to name it Georgium Sidus (George’s Star) after his new patron, King George III (Mad King George). This is what he said:
In the fabulous ages of ancient times the appellations of Mercury, Venus, Mars, Jupiter and Saturn were given to the Planets, as being the names of their principal heroes and divinities. In the present more philosophical era it would hardly be allowable to have recourse to the same method and call it Juno, Pallas, Apollo or Minerva, for a name to our new heavenly body. The first consideration of any particular event, or remarkable incident, seems to be its chronology: if in any future age it should be asked, when this last-found Planet was discovered? It would be a very satisfactory answer to say, ‘In the reign of King George the Third.’Uranus was also the first planet to be discovered with the use of a telescope.