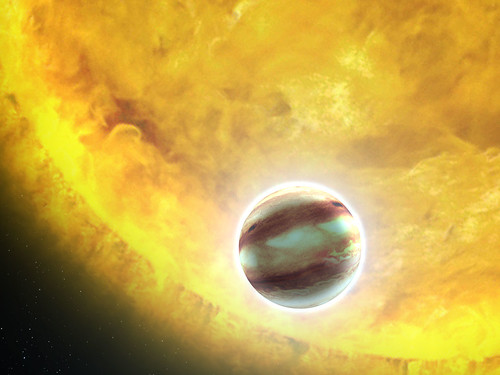 In September 2006, astronomers announced the discovery of an entirely new class of planet.

With a radius about 1.38 times that of Jupiter, this marshmallow-like orb is only about one-fourth the density of water.

Like Saturn, HAT-P-1 b would float in a bathtub, if you could fin a tub big enough to hold it, but it would float almost three times higher.

As of now, the reason for it’s swollen condition remains a mystery – one that astronomer hope to sove through follow-up observations.

Related: A Record Among Exoplanets: A Gas Giant Is Around 2,000 Times The Earth-Sun Distance From Its Star