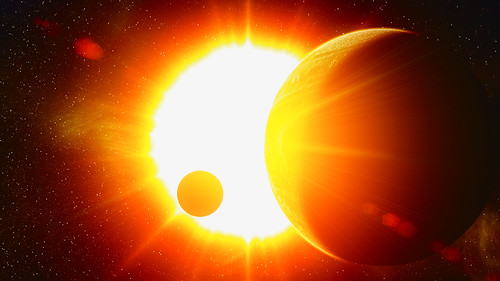 21. Space tornadoes have observed on the surface of the sun, which are thousands of times larger and more powerful than their earthly counterparts.

22. The sun orbits the galactic core at the speed of about 220 km/s and takes about 230 million years to make one revolution around the center of the Galaxy.

24. The sun is 4.6 billion years old and is in its midlife. In 5.4 billion years, it will become a Red Giant and “planet Earth will not be able to escape engulfment.”

25. The sun is theoretically not hot enough for fusion and only undergoes fusion because of quantum tunneling.