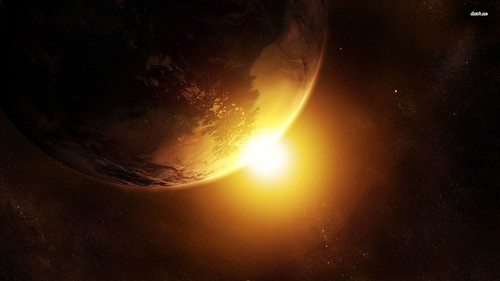 16. There are loops of superheated plasma on the surface of the sun called Coronal Loops that can reach up to 1 million degrees Kelvin, while the average temperature of the sun is only 5700 degrees Kelvin. One recorded loop reached the size of 10 Earths.

17. The sun is actually white. It is only perceived as yellow because of the atmospheric scattering.

18. Gravity takes time. Meaning that if the sun disappeared, Earth would still orbit it for as long as we saw light from it (about 8 minutes).

19. There is a town in the Italian Alps that does not get any direct sunlight for 84 days. However, the town fixed that by installing a giant mirror on the side of the mountain.

20. During the Cretaceous period (145 – 100 million years ago), Earth’s climate was so warm that there were no polar ice caps, and forests probably extended all the way to the South Pole. Local plants and dinosaurs evolved to live in continuous sunlight in the summer and darkness in the winter.