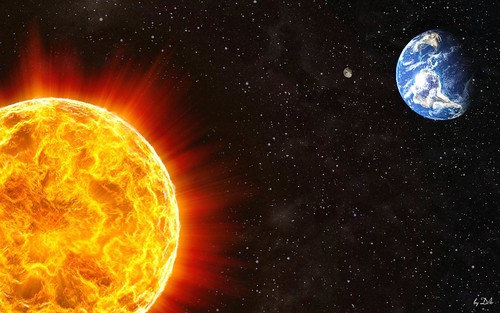 6. The “Solar storm of 1859″ was so powerful that telegraphs continued to operate after being disconnected, auroras were seen in the tropics, and miners in the Rockies thought the sun had risen early.

7. The solar system is currently traveling through an interstellar cloud that is as hot as the surface of the sun and 30 light years long.

8. Neptune has only completed one orbit of the Sun since its discovery in 1846.