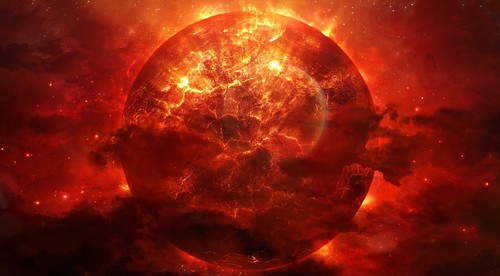 1. If the Sun was to be scaled down to the size of a white blood cell, the Milky Way would be the size of the continental United States.

2. The largest known star UY Scuti is 5 billion times the size of the Sun. It would take 2.2 hours to cross its diameter at the speed of light.

3. Because Jupiter is so heavy, Sun orbits a point between itself and Jupiter. Jupiter orbits a point outside of the sun itself. This is called the ‘Barycenter’.

4. The Sun has completed 18-20 orbits of the Milky Way galaxy since its birth, but it has only completed 1/1250th of its orbit since the dawn of humans. Also, the last time the sun was in its current position, dinosaurs were on the Earth, and would be for another 180 million years or so.

5. Even if a black hole with the same mass as the sun were to replace it, Earth and the other planets would orbit the black hole as they orbit the sun now and not get sucked in.