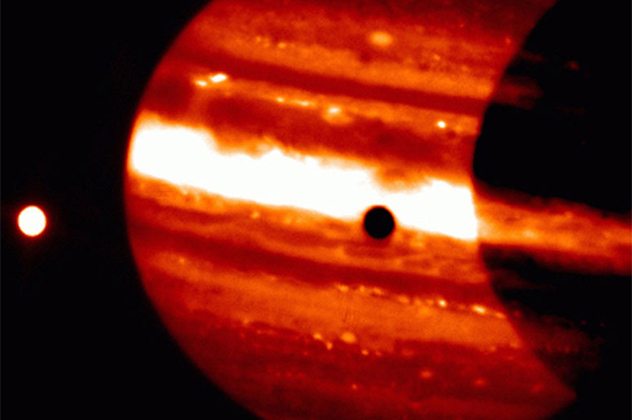 Set near Io’s north pole, Tvashtar Paterae is actually a collection of paterae rather than a solitary entity. This small region has created some of the most spectacular images of extraterrestrial volcanoes we have ever captured.

One of the most infamous images of Tvashtar Paterae is the lava lake which originated from one of the smaller paterae and was taken by the Galileo probe back in 1999. Although it looks insignificant at first glance, you have to consider that it’s 25 kilometers (15 mi) across (the size of Manhattan).

However, what makes Tvashtar Paterae so incredible is an eruption that occurred in 2007. Captured in a series of photographs taken by the New Horizons probe, this phenomenal event created volcanic plumes that rose to 330 kilometers (200 mi) above the surface, as shown in these spectacular photos.