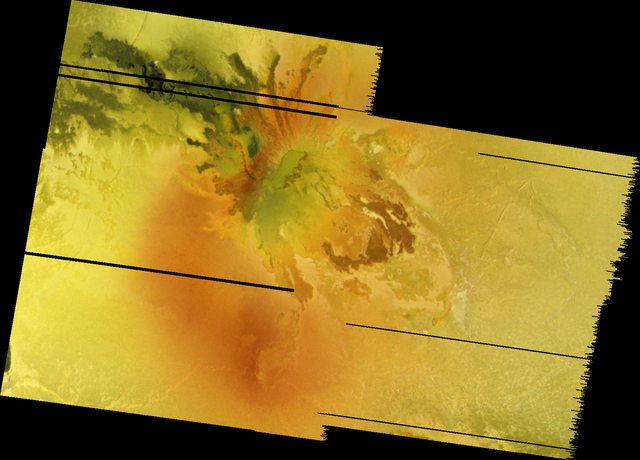 Though not as eventful as the Pillan Patera explosion, Culann Patera is striking because it’s an example of Promethean volcanism, or flow-dominated eruptions. These geological feats are constantly and drastically changing Io’s surface.

Whereas explosion-dominated eruptions are over in a matter of hours or days, flow-dominated eruptions last years—even decades—with a steady outpouring of lava which travels thousands of miles across the surface. Because of this, there are lava plains on Io that are bigger than the largest African countries.

And the satellite images of the slow-flows are utterly stunning. The Culann Patera flow was captured by both Voyager in 1979 and Galileo in 1996, and the photos highlighted some whopping changes in the landscape over those 16 years. So it just goes to show, you don’t have to be the solar system’s biggest volcano to destroy a planet.