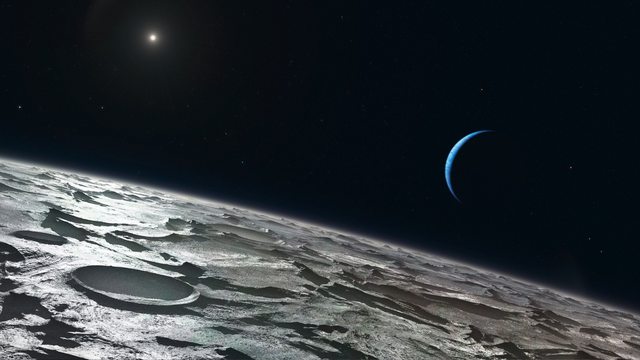 Despite being almost 2.7 billion miles away, we know a surprising amount about Neptune’s largest moon. Given its colossal distance from the Sun, you would be right to assume that Triton has a frozen surface, meaning that it could well be teaming with cryovolcanic activity.

Observations made by Voyager 2 show that there are hundreds of geysers all located in a band across the surface. This band is the warmest part of the moon due to heat from the Sun (much like the Earth’s equator). Even though there is hardly any sunlight getting to Triton, there is enough solar radiation to raise the surface temperature by several degrees, creating the temperature and pressure gradients required for geysers.

What makes these geysers so special, though, other than being a near impossibility to begin with, is that they gush out nitrogen gas nonstop for almost a year at a time.