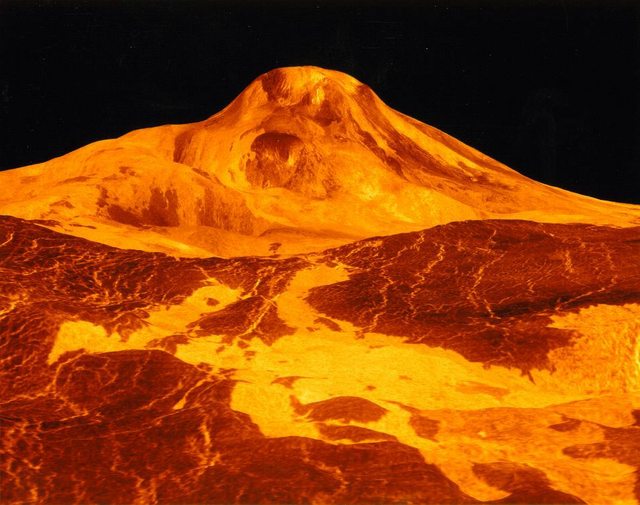 Venus is often described as Earth’s sister planet, but a more accurate description would be Earth’s teenage sister, as the second rock from the Sun is volatile, uninhabitable, and hard to understand. Venus has more than 1,600 major volcanoes, and over 85 percent of its surface area is pure volcanic lava plains.

However, most of these volcanoes aren’t your standard lava-spewing hills. One unusual structure type is referred to as a pancake dome, which typically stand at just under 1 kilometer (0.6 mi) high and range between 22 kilometers (13 mi) and 65 kilometers (40 mi) in width.

They are thought to be formed through an eruption of highly viscous lava and spread out evenly due to the high pressure present on Venus. Pancake domes are often seen in clusters but, disappointingly, a group of pancake domes is not called a “stack.”