Black holes are some of the most amazing cosmological structures in the universe. We are drawn to them. Perhaps this is because they stand as a kind of sublime horror; they are super massive objects that consume entire worlds. Plus, their awesome size and power is unutterably amazing. Although we don’t know everything about black holes, we have uncovered some pretty amazing facts. Here, in no particular order, are some of the coolest and biggest black holes we’ve ever discovered. 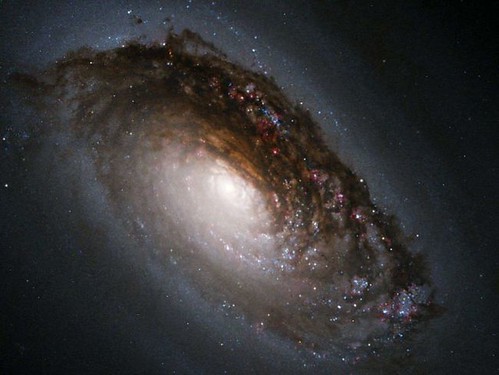 This black hole with masses equivalent to ten billion Suns could easily swallow five Solar Systems whole. The black hole lurk in the bellies of the elliptical galaxie, NGC 3842, 320 million light years away in the constellation of Leo. This contenders are at least 9.7 billion times more massive than our Sun, and possibly even larger.

Furthermore, the event horizon, the point of no return, beyond which nothing can escape these black hole’ immense gravity – not even light – is estimated to be five times the orbit of Pluto, and it’s gravitational influence would extend over a sphere 4,000 light years across.

Saying that it’s “big” is a bit like saying that the Sun is “warm”—it’s an astronomical understatement. Really, it is.

For comparison, The Small Magellanic Cloud (a dwarf galaxy near the Milky Way) has a diameter of some 7,000 light-years and contains several hundred million stars… which is nowhere near 3284’s 9.7 billion solar masses. So this black hole puts an entire galaxy to shame (…a dwarf galaxy, but still).