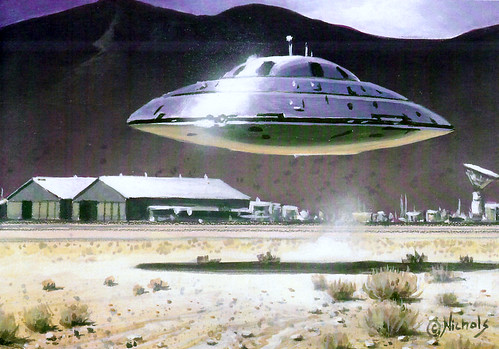 This is probably the most favorite conspiracy theory that has inspired several movies, TV detective and crime series, tales of alien abduction and innumerable sci-fi novels over the years. Well, there’s an element of mystery and truth in the origin of this theory.

A rancher named Mac Brazel stumbled upon some strange matter lying on the ground in an area near Roswell, New Mexico back in 1947. Years later, this incident was made famous as the Roswell incident by proponents of this theory. They alleged that the strange debris was moved to a secret location called Area 51, based in a top-secret military base in Nevada.

According to the theory, Area 51 is the site of autopsies performed on dead alien visitors by the U.S. Military. Allegedly the world’s most top-secret military base had stored “frozen extraterrestrials”.

More recently, when information about the secret activities of Area 51 was declassified, no information about frozen aliens was confirmed. In fact, personnel who were manning secret missions within Area 51 revealed that the hoax in fact, helped to maintain the secrecy of the base. Whatever the truth maybe, this theory has an inexhaustible spook factor that’s strangely addictive. Even after decades of the Roswell incident, people continue to be intrigued by these theories.