By Editors | On 26, Nov 2014 | 11 mins: 44 secs + -
1
Mass Poverty
Living in rich nations with burgeoning middle classes, most of us reading this have gotten used to a certain level of comfort. But, in Europe and America, all of that stability is finally starting to fade. In a recent study, the International Red Cross declared that “whilst other continents successfully reduce poverty, Europe adds to it,” before noting that the future for the EU was likely one of mass-exodus and grinding poverty.

Across the pond, around half of all Americans now live in or within a couple of paychecks of poverty, and this downward trend shows no sign of reversing.

As life slowly gets better for people in the developing world, it’s getting slowly worse for us in the (formerly) rich West—and it seems that’s something we’re gonna have to get used to. 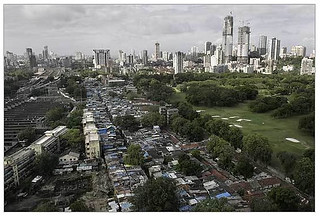 It’s now inarguable that most of today’s middle-class children will be worse off than their parents, while those at the bottom will have it worse than ever. In a few short decades all those dreams of prosperity and social climbing will be exactly that: dreams. And that’s going to create a bleak future for a lot of people. Will we see a mass exodus of the young and talented, like Portugal?

Or will there be just be anger, wide and diffuse, at the perceived unfairness of life? Right now we don’t know. But the scaling down of expectations and life chances for our middle class is probably going to go down as one of the bleakest and most controversial periods in Western history.