By Editors | On 26, Nov 2014 | 11 mins: 44 secs + -
2
The Future Of Food
The Meat Crisis refers to the way our global love of a good, juicy steak may yet doom the entire planet. From advanced Western nations to their developing counterparts, meat consumption is on the rise; from an average 20kg per person in 1990, to a predicted 50kg by 2030.

Since roughly a third of the usable land on our planet is already put aside for raising livestock, that’s a heck of a lot of meat. Unless we want to exacerbate our entire resources battle, we’re gonna have to start looking for alternatives—and that’s where the controversy comes in.

A lot of us live in cultures which really, really don’t like the state tampering with our food choices. 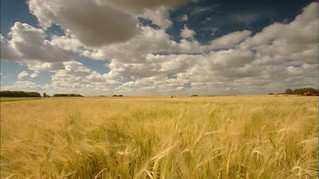 When NYC attempted to restrict the sale of large sodas last year, the backlash threatened to engulf the entire visible universe. The idea of GM foods and fluoride in water still sends people into a lather of anger. So what do you think will happen when governments start pushing artificial meat on us? Prediction: People will respond in the exact same way they do whenever anyone tries to push anything on them—with plenty of outrage.